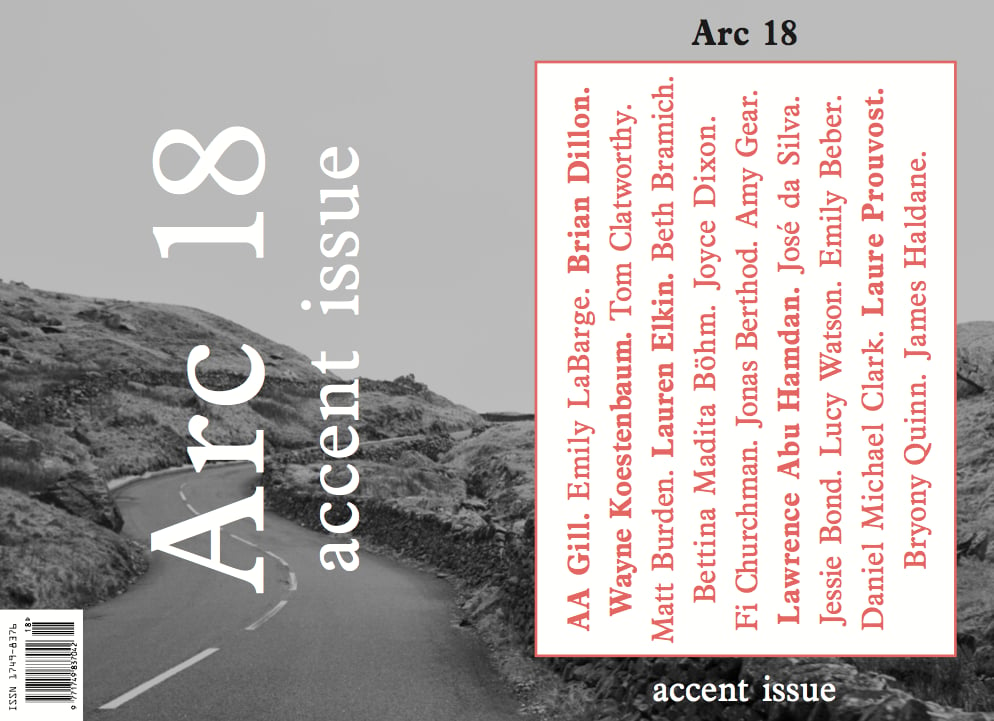 This issue of Arc, the Royal College of Art’s student-led magazine, carries an accent.

It is about personal voice and how things are spoken both on and off the page. It depends on where you are – have been – and who you spend time with; it is about dialect and how some things rub off or pass down or stop mid-Atlantic. And it is about stress, emphasis – the marks above letters or on musical notes, the effect of one colour next to another. The accents in this issue register between saying what you think and thinking about what is said – they are sounds, affectations, marks, tics, tones.

The magazine has been edited, designed and filled by current students from across the college, with special commissions and contributions from artists and writers who have, in some way, inflected those studying with ways of saying or seeing.

Contributors include Brian Dillon, Laure Prouvost, AA Gill and Wayne Koestenbaum in conversation with Emily LaBarge. Elsewhere in the issue: a spectrogram; an etymology for the word "cadence"; a stab at Starbucks' "glocalising" tactics; an exploration into the typographic pratfalls of diacritics; and a colour supplement from the RCA’s Colour Reference Library, where a match is found between Skimmed Milk White and the White of Human Eyeballs.

Enunciation to accentuation – a brogue to a button – from inside and out of the RCA, Arc #18 considers personal, political, geographic and aesthetic accents.