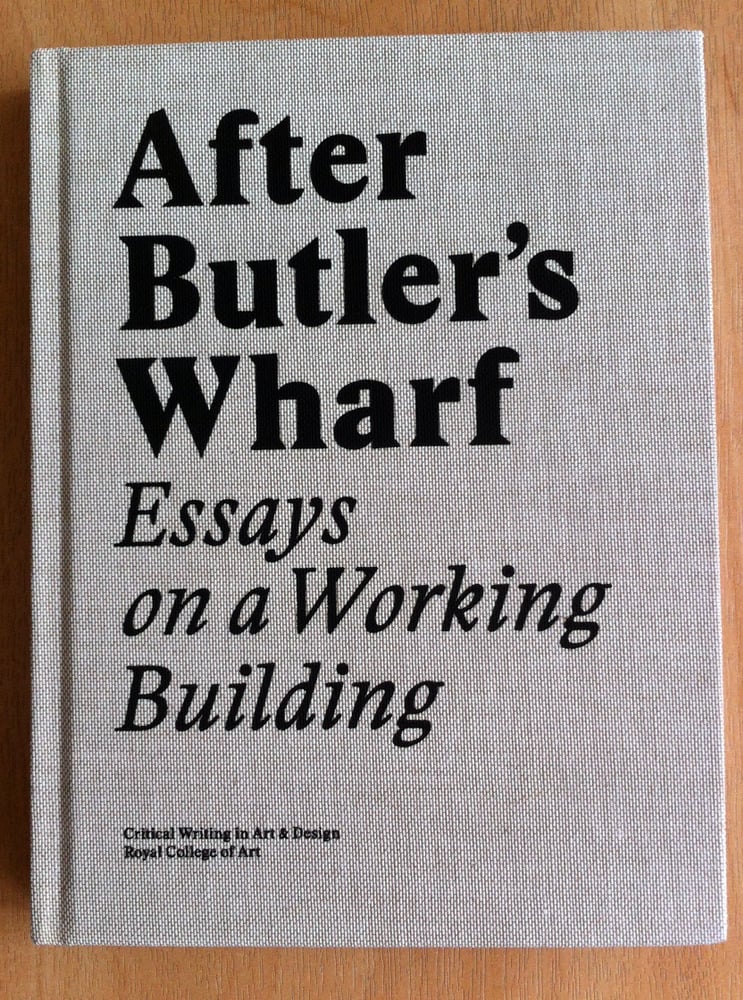 After Butler' Wharf: Essays on a Working Building

After Butler’s Wharf presents a series of critical perspectives on the economic, artistic and political histories of this landmark London building, including: a catwalk commentary on 1975’s Alternative Miss World with photographs by Richard Young; a fictional conversation between Sir Terence Conran and Mr Butler, the founder of the Wharf; an interview with artist Kevin Atherton; archival investigations into the rich, unwritten history of 2B Butler’s Wharf, a film and live art collective which included John Kippin and David Critchley; a letter to the late Stephen Cripps, pyrotechnic sculptor and Butler’s Wharf resident; and an excerpt from an unpublished interview with Derek Jarman.